The ornament issue has been out about a month now and I just thought I would give you a close up look at the ornament I designed for 2012.  I think it turned out quite nice. 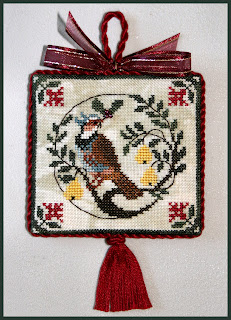 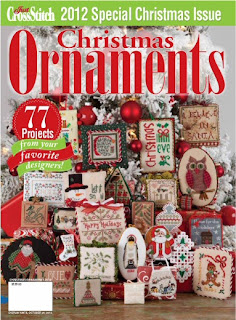 It's called....gee can you guess?...A Partridge in A Pear Tree.  Hope you will enjoy stitching this ornament.  I have had a few people asking when Two Turtle Doves will be coming out and I had not really planned on designing the whole song.  Not sure I want to commit to a series again.  Keeping up with a series is a commitment that is hard to manage and I don't want to disappoint people who are looking forward to the next installment.  So, if it happens that I decide to do another from this song, it won't be in order and it probably won't be all of them.

Gloria
Posted by SamplerNut at 7:47 PM